As promised, here is some Valentine or Love word art.  I made layered PSD files and PNG files for use with most software.  I love this quote and keep it on my desk to remind me, when I am down, just how many flowers I have in my imaginary garden! I’ve included Terms of Use for Commercial Use also. Hope you are able to use a version of my gift.  Please let me know how you like it and if there is anything you particularly need that I might be able to design for you.

Go HERE for 4Shared     or HERE for MediaFire

Hope you are all having a wonderful weekend.
Hugs!
Posted by Unknown at 12:14 AM 2 comments: Links to this post

I am trying my hand at some word art and wanted to let you know that I will be posting it as soon as it's finished.  It is 'love' themed so I better get a move on!
Thanks for all the well wishes and prayers for Kimberli!
Hugs!
Posted by Unknown at 2:36 AM No comments: Links to this post

Hey Y’All,
We are all home again.  It has been a very rough week, especially for Kim, but things are getting better.  We went to church yesterday morning to see Joshua Baptized, a very joyful and moving experience.  Today was the first day I was able to have a regular morning; relaxing with a delicious cup of Constant Comment Tea and returning phone call messages from last week.  [I did get some more bad news but that’s a whole different story and one I am not ready to talk about yet.]
As far as the success of the surgery for Kim went:  we don’t know!  The head of her surgical team says we won’t know until all the swelling goes down, about 3 weeks from now, to see if she can eat regular foods.  She is still on a full liquid diet for the time being.  While in hospital we had a very big scare, Kim stopped breathing and turned blue!  It was the day after surgery and she and I were dozing after a sleepless night and Kim must have made some kind of sound that stirred me and when I looked over at her, her lips were dark blue and her face was blue tinted!  I jumped up and did the knuckle rub on her chest and shaking her to get a response; I connected her to the oxygen feed and she started moving and regaining her color.  I had punched the button for the nurse but didn’t get the response I was hoping for so I ran down the hall to get one.  When a bunch of them came down to the room, Kim was still a little blue but obviously breathing again.  She never said a thing for the next three hours and the care givers didn’t even do a vitals check!  I insisted they put her back on the oxygen and respiration monitor so that I could keep an eye on her vitals myself.  Later in the evening Kim told me she remembered everyone standing around her but not much else.  As a mother watching over her child after surgery I can tell you that after that incident I wasn’t able to settle down and rest until last night.  I never want to go through anything like that again and I wouldn’t wish it on anyone.  Kim seems much better today, though still very sore, and we are able to breathe a little easier now.
When I got home from the hospital, I was all ready to take a long hot shower and relax only to find that the water heater had busted during the night, flooding the garage, and generally wrecking havoc with my home and my plans. Over $700 and 24 hours later I was able to take that long needed shower!  The roof was replaced last week, the water heater just a few days later, what next? LOL  ‘When it rains, it pours!’
Here’s hoping you all have had a much better week than I!
Hugs
Posted by Unknown at 6:29 PM No comments: Links to this post

We just saw the surgeon and he said the surgery went well and they made an ultra large opening in the stomach.  She will have a drainage tube in her nose for a few days in order to keep the stomach empty so it can begin to heal. They first told us it would be 5 ½ hours but it only took 1 hour and 45 minutes! She responded well and we should be able to see her in about 90 minutes.  Thanks for the prayers and well wishes!
Posted by Unknown at 11:14 AM No comments: Links to this post

Well, here I am sitting in the waiting area at Wake-Forrest University Hospital.  Kim was just called to go back to the  surgical area; she is understandably scared.  Me too.  I need to let it go and let God do my worrying for me-how many times do I have to remind myself of that.  I just keep hanging on to it.  We are both already tired; neither of us got any sleep last night.  I arrived at her place around 5:30am and we left around 6:15. Ron, Kim's boyfriend, and a couple of their friends came up with us.  I don't like to talk in the mornings (a silly quirk) and especially to people I don't know.  I want to be left alone with my worries, for now.  I'm sure I will be grateful for the company later in the day.  I am trying hard to not be ill tempered.

Had to go back and give her hugs and kisses prior to the anesthesia.  She was crying and shaking as she was wheeled into the operating room. I'll say this much: they keep to their schedules here! Now the wait.
Posted by Unknown at 8:27 AM No comments: Links to this post 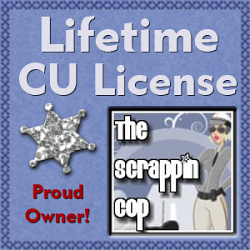 Unless otherwise stated, all the digital items, photos, and scrap pages are my sole property and may not be used in any medium without my express written permission. Violators will be prosecuted!